May 10, 2021 | 5 Surprising Facts about the Sales Tax (VAT) That Any Professional Should Know. 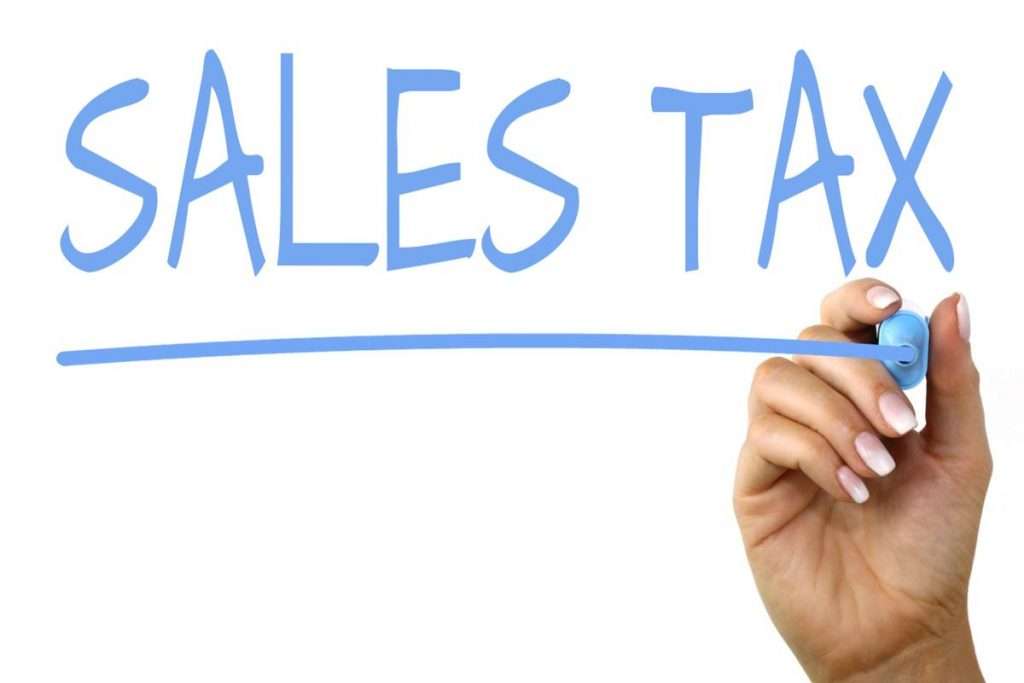 Why Learning about Sales Tax (VAT) Can Help You in Career Management.

You might now be thinking, “VAT? Why would I ever need this knowledge if I don’t have my own business?”

Well, indeed, most of us just pay all the bills with the VAT included — without even looking at the bill. However, you can benefit from learning about the concept of VAT and learn the basic mechanisms behind it. This awareness might become useful at multiple stages of your career! You will also score a few points in your professional development and environment if you know how the public tax system works.

1. What Is the Value Added Tax (VAT), Also Known as the “Sales Tax”? How Did It All Start, and How Does It Work?

According to Investopedia, sales tax is a consumption tax imposed by the government on the sale of goods and services. The tax should be collected from the client or consumer at the time of the sale, and then passed on to the government.

VAT is a relatively new tax — in the early 20th century, a German businessman Wilhelm Von Siemens and an American economist, Thomas S. Adams designed the concept independently of each other. Interestingly, they had a different rationale to propose the tax. To Von Siemens, TAX was a remedy for problems that stemmed from implementing gross turnover taxes and sales taxes. To Adams, the mechanism behind VAT was a better version of a corporate tax.

Whether a business should pay sales tax to a particular government depends on the way that government defines a so-called nexus — which, in general, means “presence.”

Traditionally, presence means having an office at a given territory or having an employee based there. Well, in times when online sales and shipping products and services internationally has become the default way of running the economy, defining the nexus is much more complicated than it used to be. For example, the state of New York has passed “Amazon laws” that push online retailers such as Amazon to pay sales taxes in the state of New York despite their lack of physical presence in the state.

2. How Does Your Government Desperately Try To Keep You Healthy by Manipulating the VAT Tax Rates?

Most governments use the opportunity to change the sales tax rates to encourage their residents to go for certain products or activities for the benefit of their health or their future. For example, in many countries of the world, organic food, as well as any educational products and services, are sales tax-exempt.

Governments also do the opposite. Namely, they use the sales tax to discourage their residents from using goods and products that might jeopardize their health or the environment. For this reason, some products are burdened with additional, special taxes, known as excise taxes. These taxes are charged on specific goods or services at purchase such as fuel, tobacco, and alcohol.

Of course, governments use this right to a varying extent. E.g., you can find a “beer map” showing how beer is additionally taxed with excess duties all around the European Union here. No surprise! The beer lovers — such as for example, Germans, Czechs, and Slovakians — charge the least while Scandinavians charge the most.

Every time you make a purchase, you need to add the VAT tax to the base price (usually in the range of 15-25%). Then, how is it possible that businesses can manufacture complex products that go through multiple hands in the process? When a farmer sells their goods to a brewery, and the brewer sells their beer to a warehouse, and then the warehouse sells the beer further to retail stores — why is the price of the beer not astronomical?

Moreover, in many countries, the obligation to charge the sales tax is waived for companies with a small turnover. For example, in most states of the US, you are free from charging sales tax if your really turnover in that state is lower than $100,000. This system encouraged and supports small entrepreneurship.

Well, despite all this, sales tax still eats many companies alive! The first reason is that it is a bloody complex system. Every country has a different system and different “standard VAT rate.”

Moreover, what happens when the seller and the customer live in different countries or states where the TAX law is different? In some areas of the world, the VAT tax is “origin-based”, (depends on where the service or product is sold from) while in others, it is “destination-based” (depends on where the buyer is located). In the US, this system varies from state to state!

The law also changes from time to time causing massive chaos. For example, as of July 2021, the EU is fully changing into the “destination-based” system. Previously, this system only concerned electronic services, while from now on, this system will cover all goods and products. In this way, the European governments make sure that companies don’t relocate between the member states based on the local VAT rates.

But this is not the only reason why the VAT law is complex and counterintuitive. Namely, it is often hard to classify goods and services charged at various rates. For example, in the UK, orange juice, as well as lemon juice, are rated at zero—but as soon as you mix them, you obtain a standard-rated product (at 23% VAT). Or, peanuts in shells are rated at zero, while salted peanuts are standard-rated. And so the list goes on.

No need to mention that the corporate financial penalties for breaking the TAX law can be cruel. That’s why to most businesses, VAT regulations are a nightmare. And, sometimes they can lead to mistakes that turn out to be lethal to the whole company!

5. Are You Allergic To VAT?

Well, while in most countries in the world the standard sales tax is at 15% or more, in some countries, it is at 5% or less. For instance, in Canada, sales tax is only at 5%! Interestingly, in the US, there is no sales tax—officially, the standard VAT rate is 0%. However, if you trade in the United States, you need to pay the federal sales tax — which varies between 0 (in Delaware and Oregon) and 13.5% (in Alabama).

Conclusion: Can Learning About VAT Be Beneficial for Your Career Management?

Absolutely! We live in times when most businesses expand and open to international customers — and need to manage their sales according to the international tax regulations.

Furthermore, the job market is so dynamic that we cannot tell how the standards for employment will look in ten or twenty years. In many countries, hiring subcontractors has already become the default way of placing specialists on projects — which means that large groups of former employees are now freelancers. As such, they are formally owners of their own companies as well their own business development managers and need to manage their own taxes. Who knows, perhaps you will also embark on this career path in a few years from now!

Bielczyk, N. (2021). 5 Surprising Facts about the Sales Tax (VAT) That Any Professional Should Know. Retrieved from http://ontologyofvalue.com/all-posts/five-surprising-facts-about-the-sales-tax-that-anyone-should-know/ 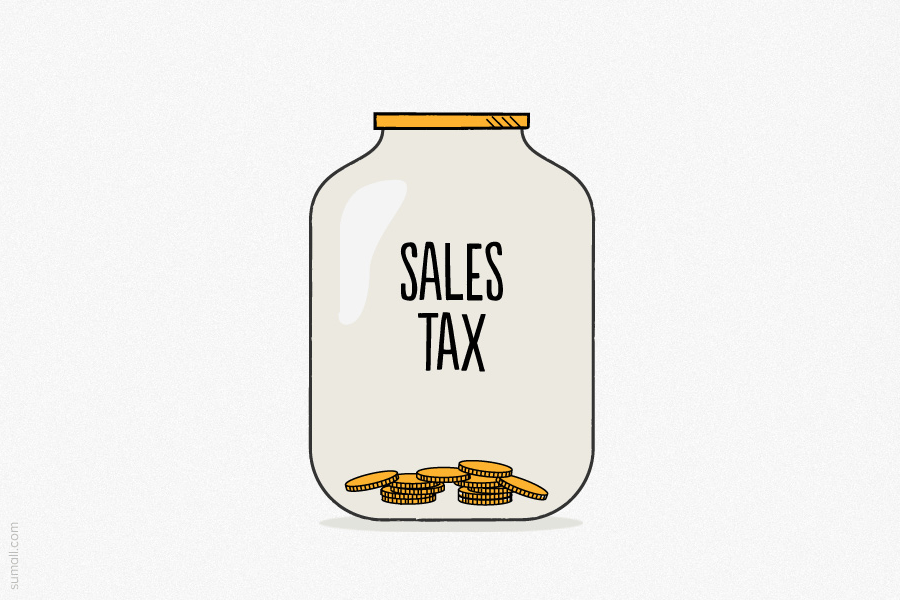 The article was written by 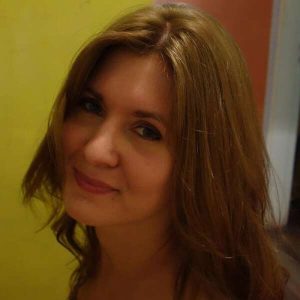 Dr. Natalia Bielczyk is an entrepreneur, researcher, author, and philanthropist. She graduated from the College of Inter-Faculty Individual Studies in Mathematics and Natural Sciences at the University of Warsaw, Poland, with a triple MS title in Physics, Mathematics, and Psychology. Thereafter, she obtained a PhD in Computational Neuroscience at the Donders Institute for Brain, Cognition, and Behavior in Nijmegen, the Netherlands. In 2018, she launched a public foundation, Stichting Solaris Onderzoek en Ontwikkeling, aiming to help early career researchers find new careers in industry. She also founded Ontology of Value, a company developing new tools and practices to help professionals in navigating on the job market, and in finding/creating their dream jobs. Even though she chose to work in the open market, she is still a researcher in her free time and has a strong belief in the compatibility of science and entrepreneurship.

LET’S GROW TOGETHER!
Subscribe to our newsletter to receive monthly feed on the recent developments in the job market, tips and tricks for the job interviews, and news from Ontology of Value!

Subscribe now, and you will also receive a free guidebook entitled:

“How to Prepare for 14 Questions that Recruiters Love to Ask”