PhDs With a Business 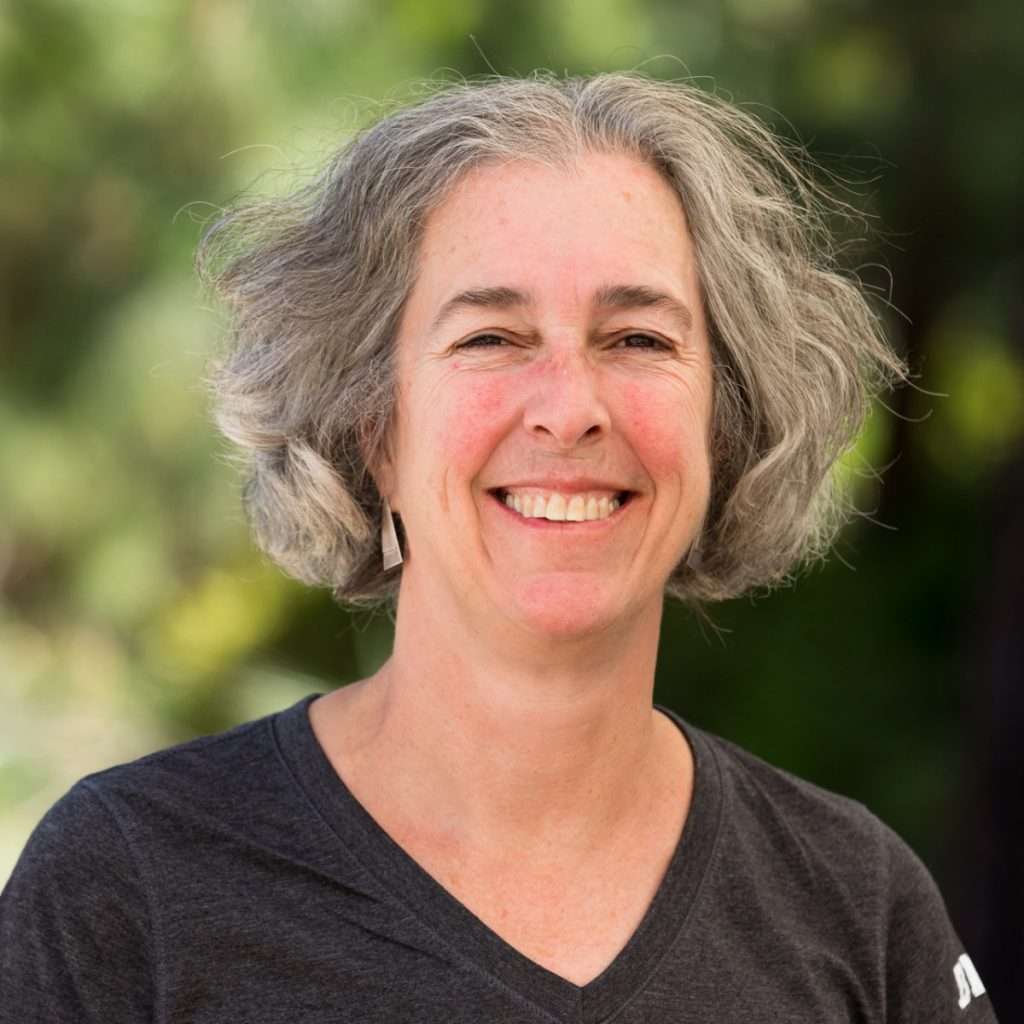 Dr. Chris Golde is a career coach working with PhD students and postdoctoral scholars at Stanford Career Education, the career center at Stanford University. She is on a team of coaches working with PhD students and postdoctoral scholars, from all departments of the University. For over 25 years she has worked in a variety of roles in graduate education, as a student, faculty member, administrator, advocate, researcher, and scholar. She also co-principal investigator on the AAU PhD Education Initiative; the mission of which is to promote more student-centered doctoral education at AAU universities by making diverse PhD career pathways visible, valued, and viable. 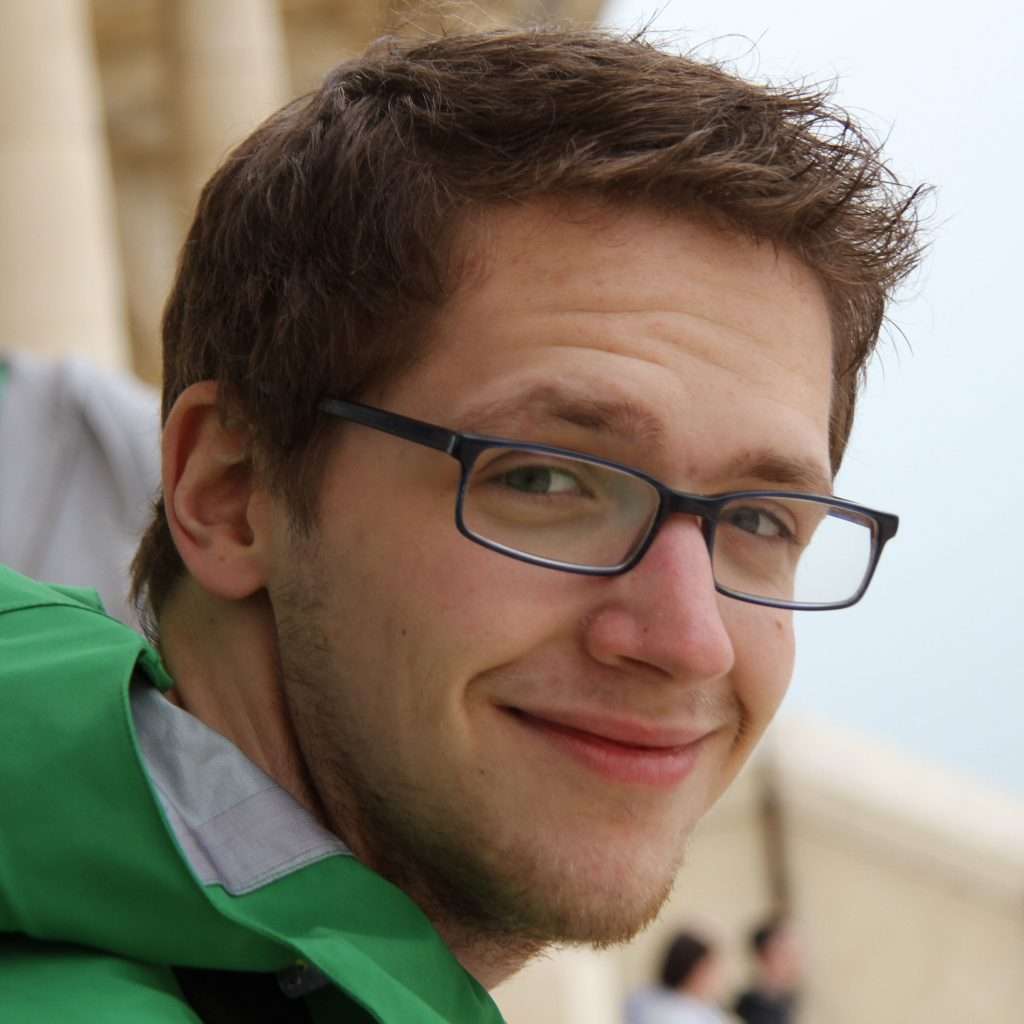 Dr. Chris Hartgerink is a meta-researcher with a broad interest in how the systems we operate in affect the decisions we are able to make, shifting the balance of responsibility from the individual to the system they’re in. In 2020, he defended his PhD thesis entitled “Contributions towards understanding and building sustainable science” from Tilburg University. Integrating meta-research, sociology, and economics, he’s now building an organization, Liberate Science, an organization that aims to liberate (research) workers by bringing democracy and equality to academia. 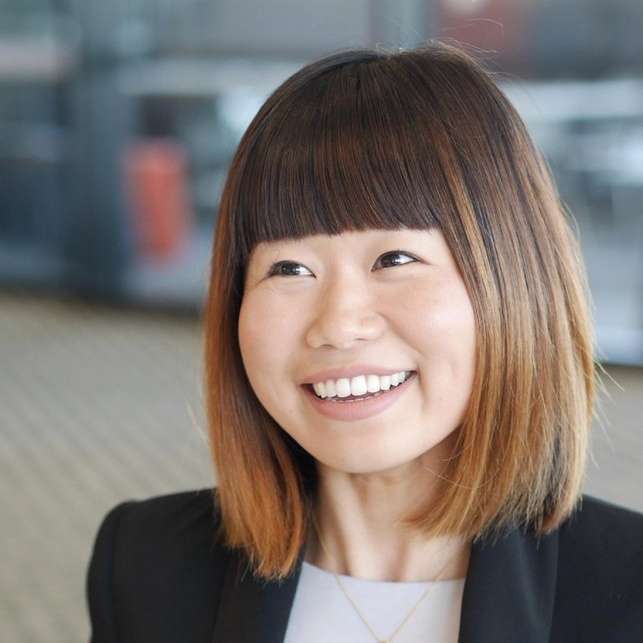 Ayaka Ando completed her PhD in the field of neuroscience and neuroimaging at The Florey Institute of Neuroscience and Mental Health, University of Melbourne, and University of Queensland, Australia. She then moved to Germany to pursue her career in academia, where she was appointed as a postdoctoral researcher at the Department of Child and Adolescent Psychiatry, Heidelberg University, Germany.

During this time, she also had the privilege of serving as the chair of the International Council of the Organization for Human Brain Mapping Student and Postdoc Special Interest Group. Through her experiences, she acquired a taste for science communication and community outreach, and she now works as a medical writer for a medical communications company.

Ayaka was born in Japan but has spent most of her life living in the land of koalas and kangaroos (a.k.a., Australia). She is now happy to have found a nice home in Heidelberg, Germany. 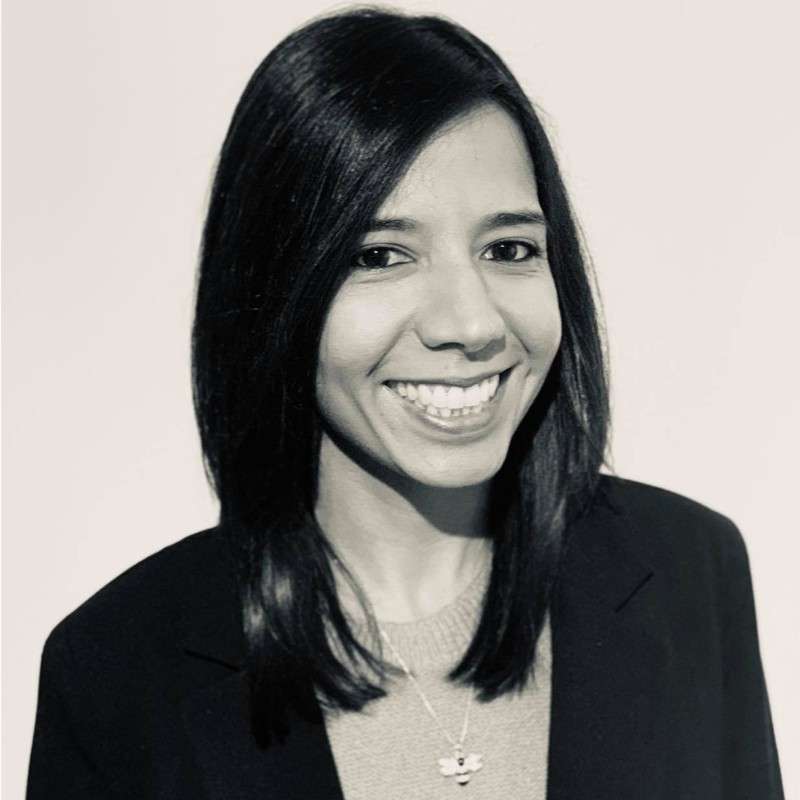 Hellen Parra-Flórez is Code-Switch’s Founder and Managing Director. She has experience in knowledge exchange activities and has managed the successful delivery of more than 20 consultancy projects. Hellen is a Senior Fellow of the Higher Education Academy and a PRINCE2 Agile Practitioner. She is also the University of Manchester Research Staff Developer for the Prosper Project. 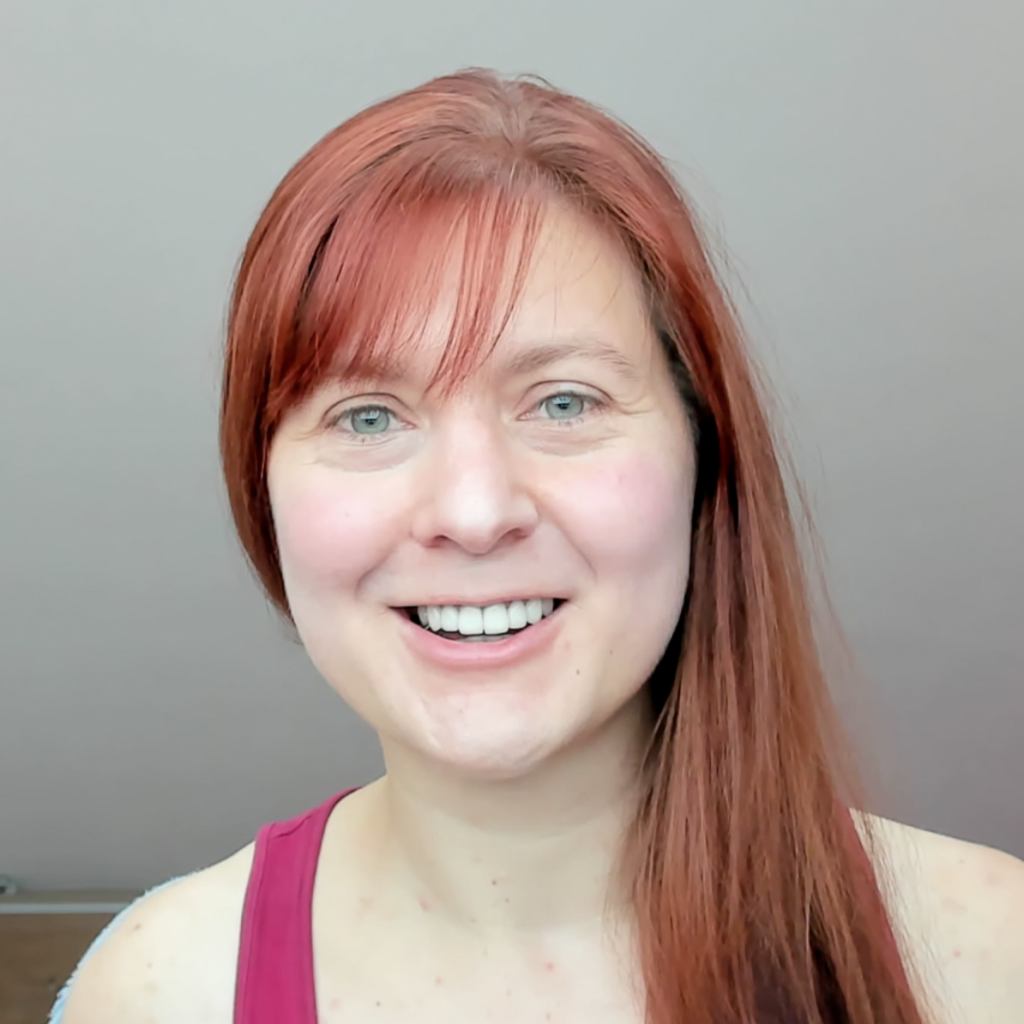 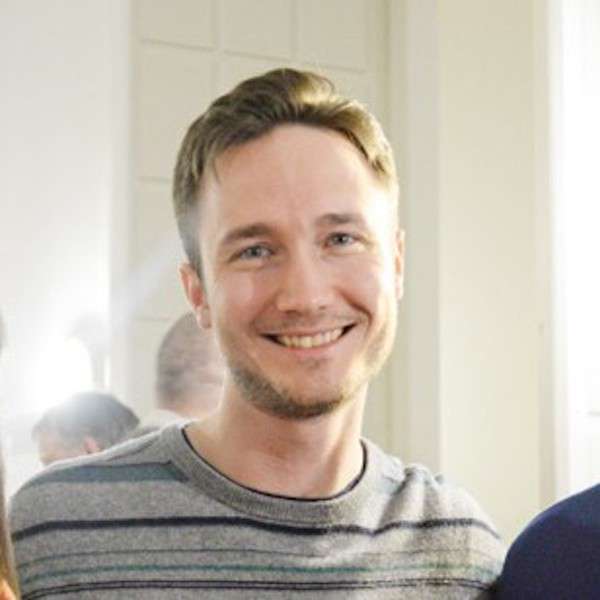 Justin is the CTO and Co-Founder of VisioLab, an AI software company. He is completing an external PhD with Radboud University. His background includes neuroscience research and building deep learning applications for Intel and Peltarion as a Data Scientist. He is based in Berlin, Germany. 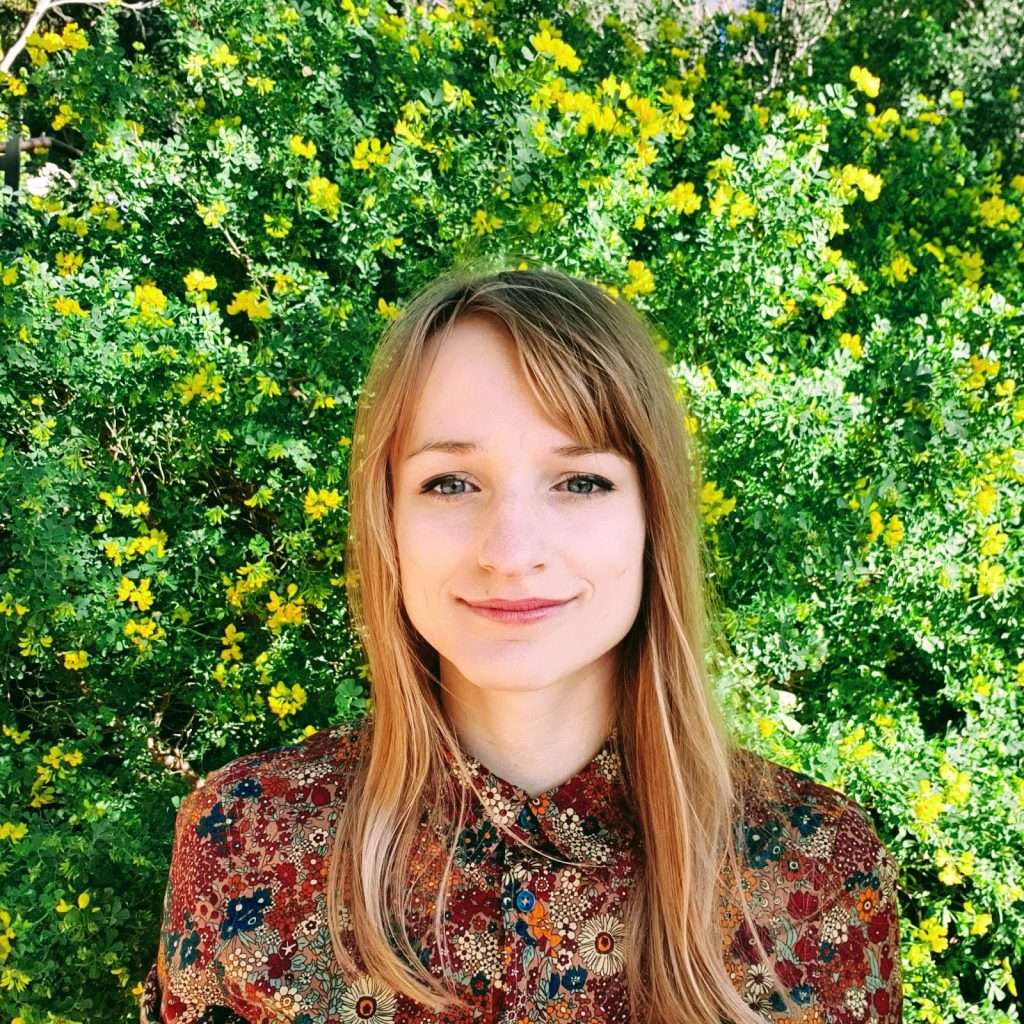 Dr. Maria Otworowska holds a PhD degree in the Computational Cognitive Science awarded by the Radboud University Nijmegen. Before her PhD program, she completed her Master’s degree in Cognitive Science at Adam Mickiewicz University in Poznań, Poland. She also spent one year at Università Degli Studi Di Catania as an Erasmus student. During her PhD she, like many others before her and undoubtedly many after her, tried to explain how the brain works, with a focus on learning and decision making.

Towards the end of her PhD, she made one of the most difficult decisions in her life and she decided to leave academia and try her luck in “the real world”. Uncertain what to do, she randomly moved to Barcelona without knowing the language or anybody there, where she entered the corporate world as a data scientist at King, an independent unit of Activision Blizzard Inc. (Nasdaq: ATVI), an entertainment company producing games. As life experiences go, most of them are to a certain degree useful and educational, some may also be motivating, and such was this one. She quickly realized that the corporate world was not her life path, and it gave her all the courage and motivation needed to believe in her an original startup idea hat she got meanwhile, and pursue it full time.

She quickly got sucked into the app dev world and her first “side project,” after many additional adventures, became her current life path. She went from cognitive science to… skincare and chemistry (but with a healthy dose of AI as well). Now she is a proud founder of Skin Bliss (https://skinbliss.app) and was awarded a place in one of the most important accelerators in the beauty industry—Sephora Accelerate—where she has been receiving mentoring and guidance on her business. 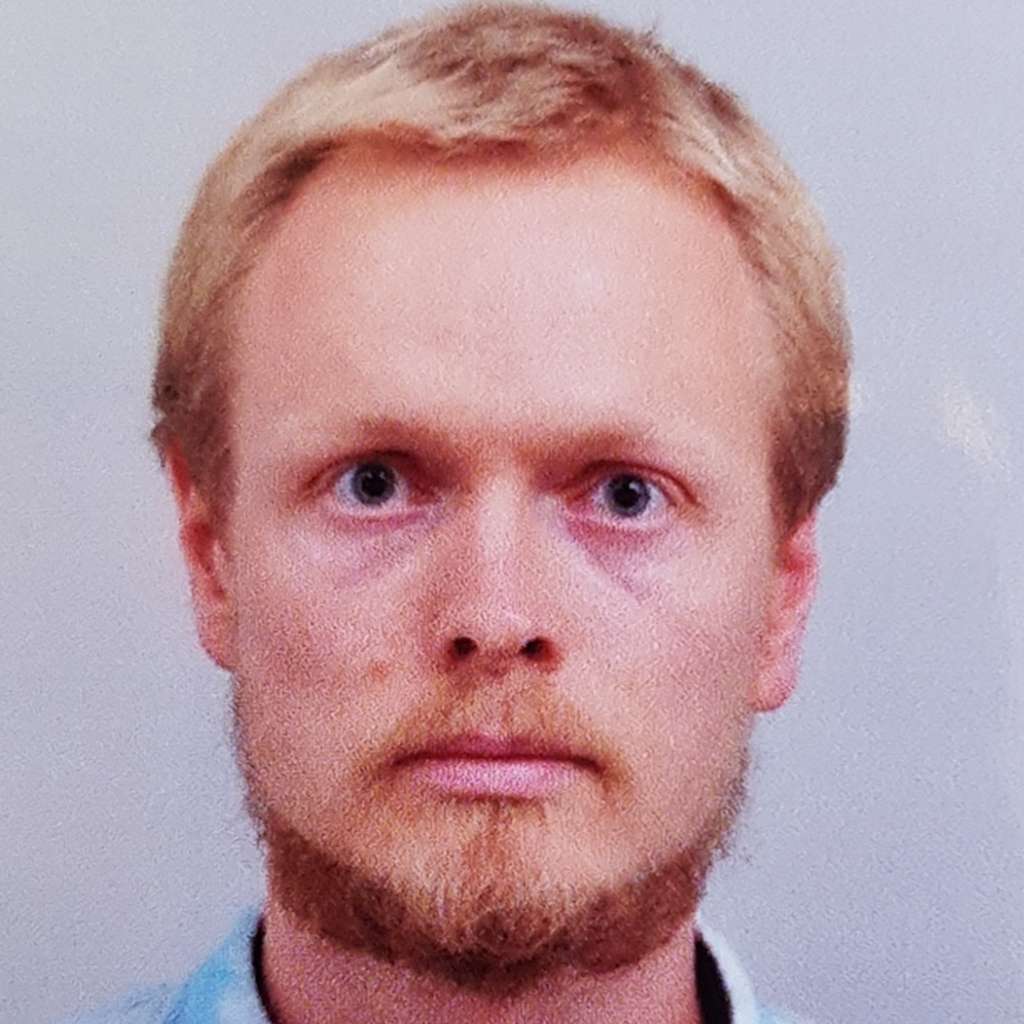 Niels Zondervan MSc is the founder and owner of the company Wallet Recovery NL. Niels is scientist and entrepreneur with a background in Biotechnology and Bioinformatics. During his four years as PhD student, Niels worked at the department of Systems & Synthetic Biology at Wageningen University. His research focused on pathogenic bacteria such as M. tuberculosis, M. pneumonia as well as Staphylococcus and Streptococcus species. These bacteria were studied using integration of multi-omics data, dynamic modelling, and genome scale modelling (GEM). After spending four-year in academia, Niels decided to switch career path from academia to entrepreneurship to find a better balance between his professional and family life.

In 2019 he founded his consultancy company, Wallet Recovery NL (https://walletrecovery.nl) which provides: recovery services for cryptocurrencies such as Bitcoin, blockchain forensics services and expert advice to crypto and blockchain related projects. In his free time Niels likes to be involved in boards, discussion groups, crypto projects, practice parkour, martial arts, play the piano and travel the world. 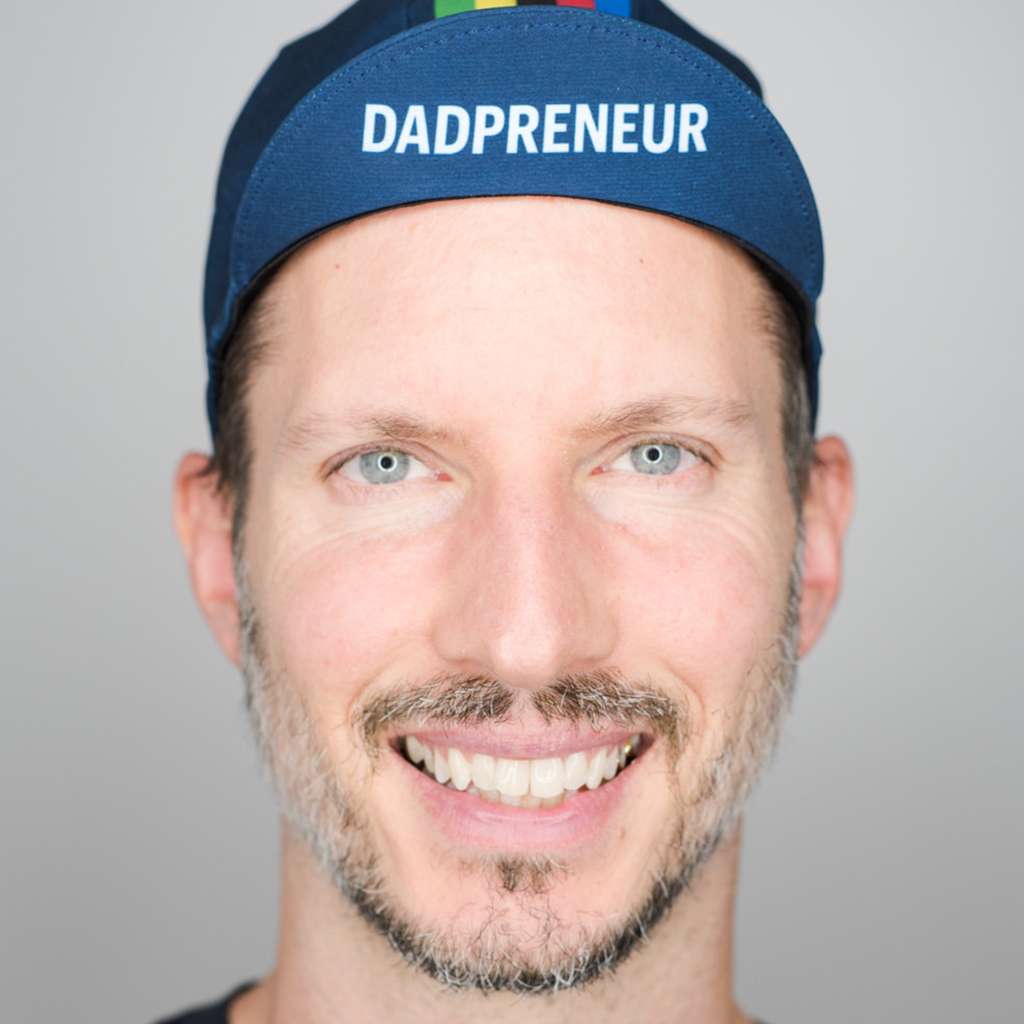 Dr. Matthias Hombauer has a Ph.D. in Molecular Biology but decided to follow his passions, music and photography, and became a self-taught Rockstar Photographer. After his two kids were born, he decided to become a stay at home dad and built the most significant online community of concert photographers around the world from his bedroom. In his latest project, Dadpreneur (https://matthiashombauer.com/), Matthias is inspiring other Dads to turn their passion into a profitable business while gaining precious time for their family.

In this episode, Matthias told us how he launched his business as a concert photographer, and how he turned to helping dads with businesses. He also shared his views at how to effectively convert your passion into a job. 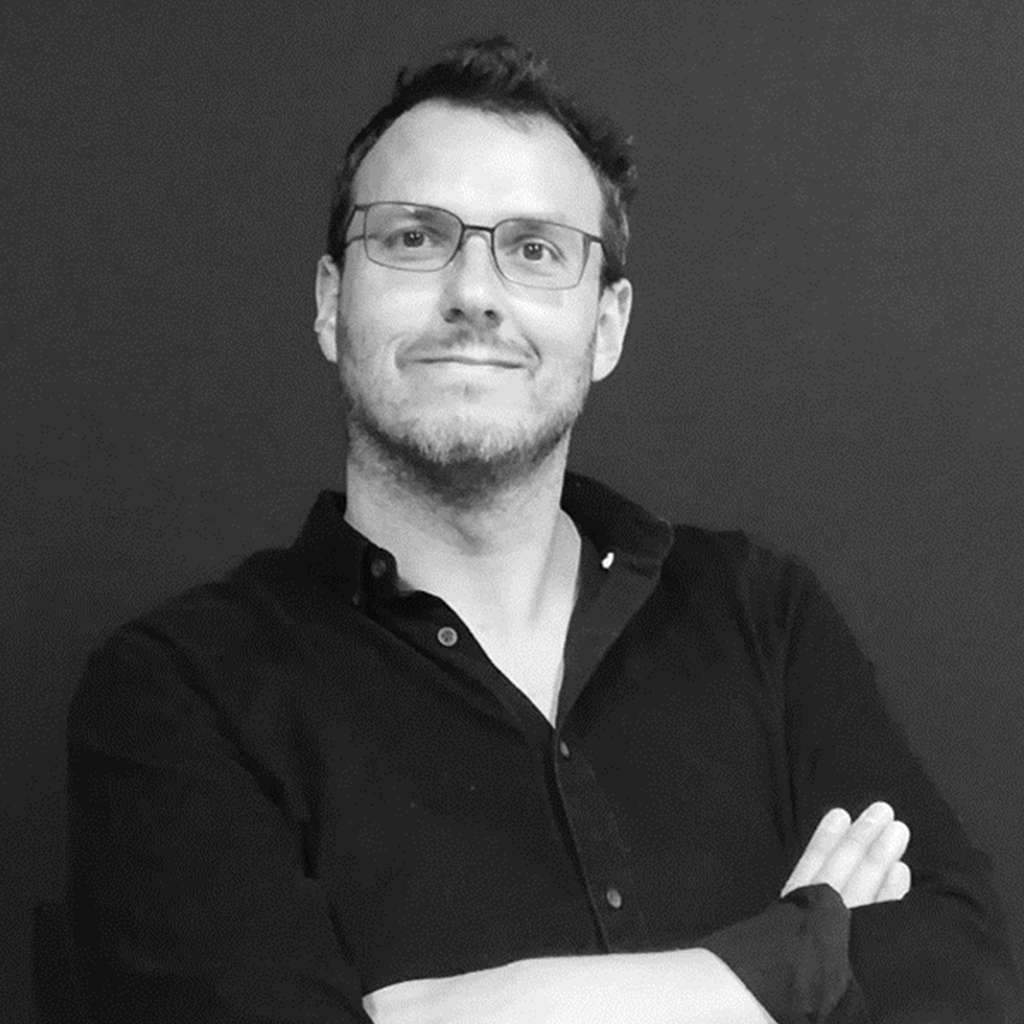 Dr. Davide Rigoni is appointed as Professor of Neuromarketing and Management Psychology at Hult International Business School and he is part of the research staff at the Business and Marketing Department of the Free University Brussels, Belgium. His research on free will and decision making is published in high-tier peer-reviewed international journals in the field of psychology and neuroscience. He is also the founder of the International Center for Evidence-Based and Neuroscientific Education (ICENSE, https://www.icense.org/), a company that provides education, training, and consulting in the areas of neuromarketing, management psychology, and economic decision-making.

In this webinar, Davide told us why he decided to get out of his comfort zone and take a step towards building his own company operating in neuromarketing. What is the condition of neuromarketing today? How can neuromarketing improve learning online? What are the tricks that marketers use to influence our decisions? What are the next steps for Davide’s company? 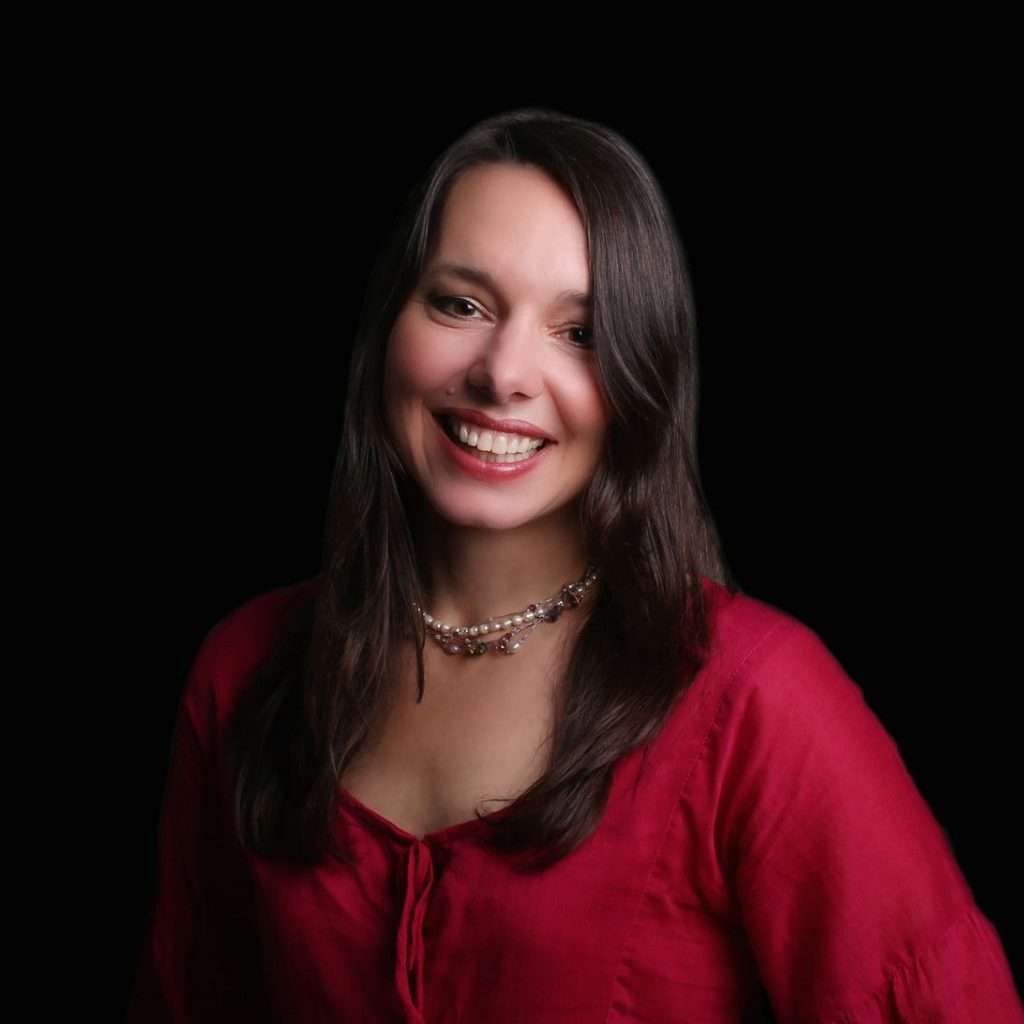 Dr. Lindy Ledohowski (B.A., B.Ed., M.A., Ph.D.) was a former English teacher and then English professor in Canada before becoming an EdTech CEO for academic writing software platform, EssayJack (https://www.essayjack.com/). She has won numerous awards for her teaching, research, and publications, and is now an award-winning entrepreneur — among others, All Digital Schools Editors Choice 2020 (category: Communication with Students, English, Poetry, Reading, Teach Tools, and Writing), Pitchdeck Asia Startup Awards 2019 (winner of EdTech Startup Most Likely to Succeed), or Tech Edvocate Awards 2018 (finalist for Best Literacy App or Tool). She has published both peer-reviewed scholarship and popular pieces on writing and transitioning from the academy into entrepreneurship.

In this webinar, Lindy told us the story behind her decision to leave her tenure track. She also shared the origin story of her academic writing software platform, EssayJack. What was the motivation behind the project? What were the main bottlenecks so far? How to make sure that your online marketing works as expected? What is the secret behind the platform’s recent exponential growth? How to successfully develop a business as a couple? What is the most surprising and the most tricky aspect of moving from academia to industry? 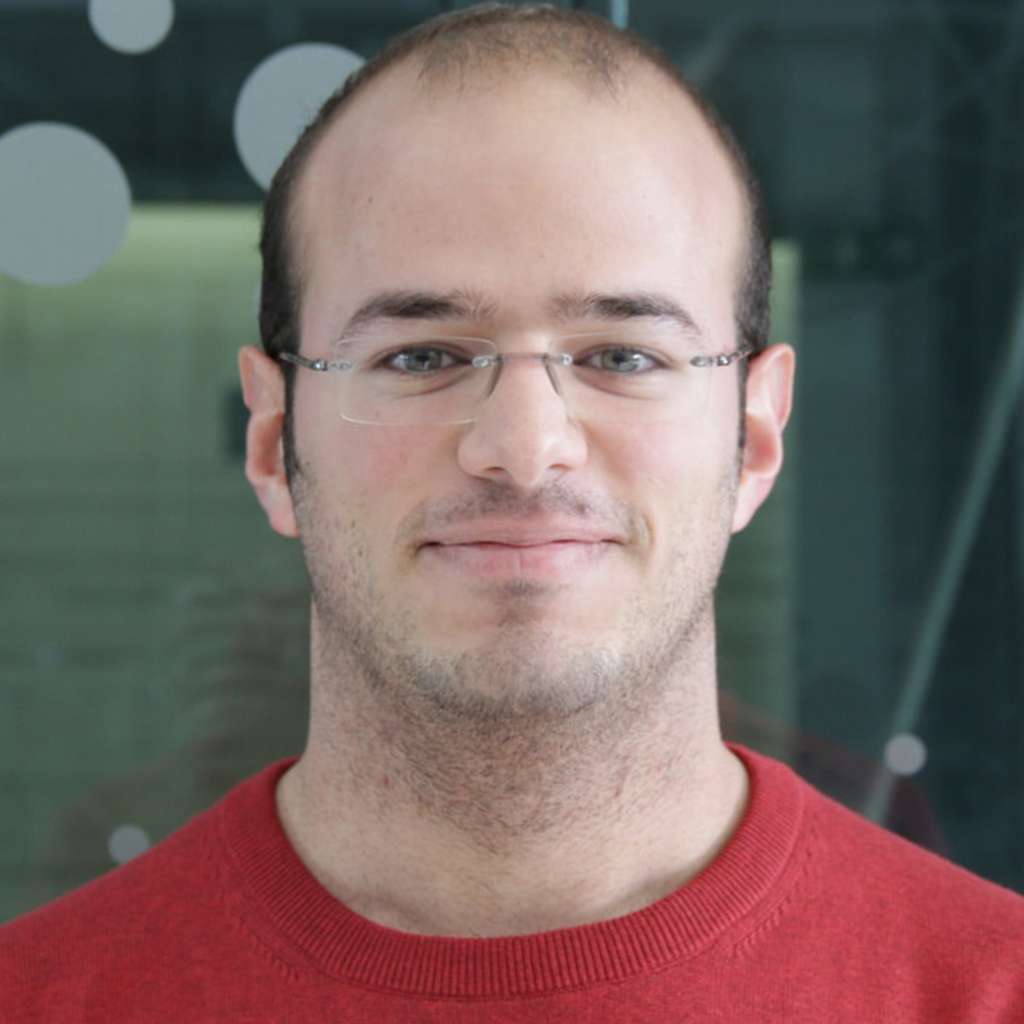 Dr. Alican Noyan has a background in Materials Science. He went for an industrial PhD program in Hewlett Packard in collaboration with the Institute of Photonic Sciences (Institut de Ciències Fotòniques, ICFO) in Barcelona, Spain. During his PhD, he developed and fabricated a novel self-cleaning surface for HP. After his PhD, he continued working at ICFO. During his 2-year contract, he developed machine learning models for several photonics research projects. For example, he built a neural network for object detection and another for image-to-image translation for a novel microscope. He also used other machine learning algorithms for finding patterns inside particle scattering profiles.

Today, he works for his own company, Ipsumio (https://www.ipsumio.com/), where he uses machine learning to solve problems in physics and healthcare for research groups and companies. He juggles his time between small consultancy projects and long term projects that might lead to the development of new diagnostic methods in healthcare and incorporation of new startups in the future.

In this webinar, Alican told us how PhD programs in private companies such as Hewlett Packard look like. Do you also publish peer-reviewed articles? Who supervises you? How much is your PhD research influenced by the commercial interests of the company that hires you? Furthermore, Alican told us about his entrepreneurial endeavors. When did he first think about setting his own company? What is his business model? What are his plans for the future? What is his philosophy about building business and building life?